After becoming a Vet Tech then switching gears to a different career, Mary volunteers to help the animals and get her kitten fix.

A Love For Animals

Growing up, Mary R. was always a big fan of animals. She remembers getting a dog for her 8th birthday, then having cats from the time she was a teenager.

Mary studied to become a Veterinary Technician. She received her degree and passed her board exams, but had trouble finding a job to serve as a long-term career. “When I was just out of vet tech school, I volunteered for a while at Portland Audubon Society in their wildlife rehabilitation program,” Mary says. “I remember fostering newborn rabbits until they could be safely released. I also helped feed and care for a hawk in their care.”

Mary switched gears to find another career at OHSU, but never forgot her early vet tech days, or her love for animals.

Mary started volunteering in 2011, and was fostering animals within several weeks.

Mary fostered young kittens who had been weaned, since her work schedule didn’t allow for the round-the-clock feedings needed for neonatal kittens. Fostering allowed Mary to help animals and get her kitten fix without the long-term commitment of adopting should she need a break.

“Melinda, the Volunteer Coordinator, made it really clear that we couldn’t keep our first fosters, because it would limit our capacity to foster others,” Mary says. ”I didn’t adopt the first, but I had adopted a kitten named Ming within a year or so of starting. We just really connected, and she’s still with me, almost nine years old now. She was the cutest little sick kitten that was so super cuddly. After she got well, she turned into a brat! Unfortunately, she’s sick again, so she’s cuddly again. There was just something about her. I had other sick kittens before, but I really connected with Ming.”

Mary has also experienced the difficult heartbreak of losing a foster. “A few of my fosters wound up not making it. I know it’s a common thing with kittens, but it doesn’t make it any easier.”

The greatest joy of fostering is watching foster animals find their new homes. “One of my fosters was in protective custody with a pending court case, so they were in my care for over a year. When they were finally eligible for adoption, while we had bonded over that period of time, it just felt right when they were adopted into their new home.

In total, Mary has fostered hundreds of cats over the years. At one point, she was caring for three mama cats with litters- fourteen kittens in total! “I had one mama and her litter in a bedroom, a litter in another bedroom, and another in a bathroom. When the kittens were weaned and the mama cats went back to the shelter for transfer or adoption, I just set them all loose in the house. I had fourteen kittens chasing each other and playing. It was fun, but I had to watch my step, and they wanted to climb up everything, including my legs. They were all ready for adoption around the holidays, and they all went to new homes almost immediately, so we were happy about that.”

With volunteer services partially resumed, Mary has returned as an office volunteer. While the current volume of tasks does not equal pre-pandemic levels, Mary has provided vital support to Client Services Staff in their duties.

Mary’s advice to interested volunteers is to talk with shelter staff, and get started! Mary has talked about fostering with many of her friends as a great way to make a big difference for animals without the long-term commitment of caring for a pet. “It can be hard to give them up in the end, but it’s a great feeling knowing they’re going to new homes. Fostering is beautiful.”

When she’s not volunteering, Mary enjoys swimming at the pool multiple times per week, and baking.

What They Say About Mary

“I can't think of a time Mary wasn't around! I so appreciate her warmth and positive spirit, her willingness to step in and help with cats and kittens who needed a place to go, and - pre-COVID - delicious treats she would bake and bring in for staff. Sometimes her cookies were the only thing keeping us going in the morning! She is an amazing person and we are so lucky to have her support here at the shelter. She is one-of-a-kind!”

Thank you, Mary, for your support of the pets and people of Multnomah County as a volunteer.

Jean J. fosters kittens, and cats with medical or behavioral needs while enjoying some purr therapy as well. Community support is an important part of our shelter system. 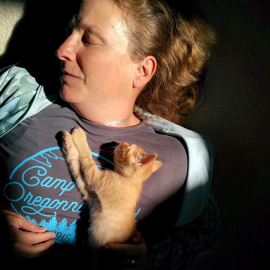 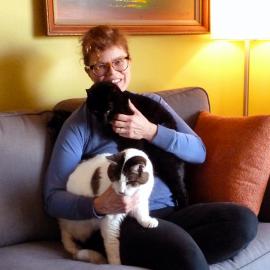 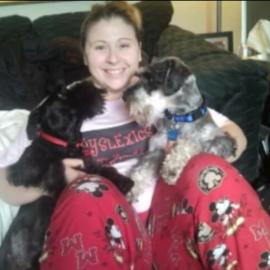 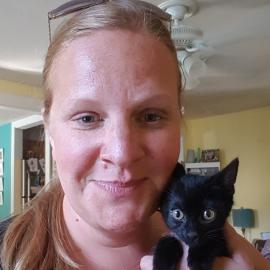