When visiting bodies of water with dogs, be on the alert for dead fish or entrails that may carry a parasite organism harmful to dogs if ingested. Local veterinary clinics in Portland are seeing cases of Salmon Poisoning Disease on the rise. Keep dogs on leashes and leads around water, don’t let them eat raw fish, and properly dispose of fish remains to prevent infections.

What is salmon poisoning disease?

Salmon poisoning disease is a potentially fatal condition seen in dogs after they eat certain types of raw fish, like salmon and other anadromous fish (fish that swim upstream to breed), that are infected with a parasite called Nanophyetus salmincola.

The parasite is relatively harmless except when it is infected with a rickettsial organism called Neorickettsia helminthoeca. It’s this microorganism that causes salmon poisoning.

Humans can get infected only if they eat raw fish, or if they do not practice good sanitation in preparing fish. When humans are infected, they experience mostly mild diarrhea. Safe food handling practices can prevent infection.

What are the signs of salmon poisoning disease in dogs?

How is salmon poisoning disease diagnosed?

Salmon poisoning can be diagnosed with a fecal sample or a needle sample of a swollen lymph node.

How is salmon poisoning disease treated?

Given the severity of the condition, treatment is relatively simple. An antibiotic will be prescribed by your veterinarian to kill the rickettsial organisms that cause the illness, and a wormer will be given to eliminate the parasite. Most dogs show dramatic improvement within two days.

If the dog is dehydrated, intravenous fluids are administered.

What should I do if I suspect my dog has salmon poisoning disease?

If you suspect your animal is sick, contact your veterinarian.

The best treatment is prevention.

Tags
Alerts
This page provides information about a variety of low cost services in the Portland Metro area. Some services are available to the general public, while some may require pre-qualifications.
Read more 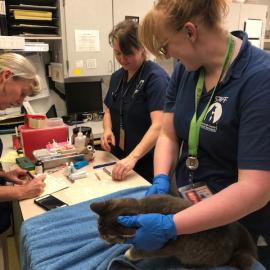 ALERT: Do not let dogs swim in or drink from the Willamette River near Cathedral Park and Willamette Cove in St. Johns due to current toxic algae bloom. 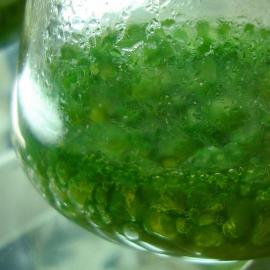